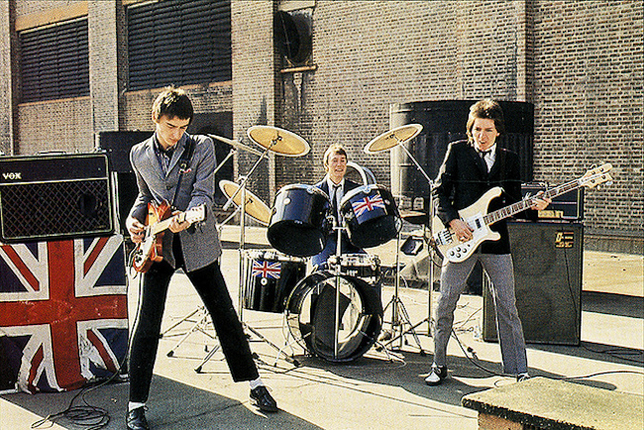 Just prior to the start of the pandemic, I read a book by a lady named Sarah Broom entitled, “The Yellow House”, which was about growing up black in pre- and post-Katrina New Orleans. Essentially, the book examined the concept of “home” and what it meant to live in certain neighbourhoods; what external and internal factors were at play that contributed to or detracted from that sense of community that sits as the bedrock of the towns and cities that we all call “home”. At one point, Ms. Broom was able to secure a job in the Mayor’s office as part of his Communications team and, as such, was finally earning enough money to afford a “decent” home. She found, what she thought, was a character-filled, primo apartment in the heart of New Orleans French Quarter and happily, joyfully moved in. In the book, she described life in The French Quarter as being akin to living in the middle of a staged play; all of the people either actors, working to maintain the myth of what The French Quarter once was or else, a never-ending audience of tourists streaming in for the show and off to other places when they had had their fill. Broom said it was impossible to exist in search of roots in a place as transient and ever-shifting as The French Quarter in New Orleans. So, after barely a year, she had moved again….this time, all the way to New York City, in search of somewhere to call “home”.

Now, for the purposes of today’s post, let’s shift our attention to England. If you travel due south from London for about two hours or so, you will arrive at the southern tip of the island at the bustling seaport of Portsmouth. Portsmouth is a large seaport that once served as home port for much of The Royal Navy at a time when the British Empire stretched to all corners of the globe. In recent times, Portsmouth gained notoriety as being the location from which the final known photograph of the Titanic was taken. In that grainy photo, the Titanic can be seen sailing toward the distant horizon; its’ passengers excited to be taking part, in what they all deemed to be, a grand and glorious adventure. Portsmouth remains a busy seaport today. There is a constant flow of people and goods, back and forth, between Portsmouth and London, which helps to supply the whole of England with goods which, in turn, helps prop up the national economy. At the mid-point of that trade and travel route, there exists town called Woking. The lead singer of The Jam, Paul Weller, grew up in Woking. The song, “Town Called Malice” is his take on growing up in a place that is, essentially, just a rest-stop for those going to other places they would rather be.

“Town Called Malice” describes the constant movement of trains through the town, the smell of the large dairy plant that packaged milk and other dairy products for sale in other parts of the country and, of course, the constant stream of people, coming and going and never staying longer than they had to. Weller wrote the song without bitterness, using more of an observational, “it-was-what-it-was” kind of tone. The title of the song is based on a novel called, “A Town Called Alice” and was not intended by Weller to say that Woking was a terrible place in which to have grown up.

However, a funny thing happened to the band when this song was released. “Town Called Malice” actually sounds like a happy, energy-filled song because of the use of back-up singers, brass instruments and the like. As The Jam grew as a band, each album of theirs grew in creativity and confidence. Eventually, tensions arose within the band as to the musical direction they should follow; should they stay true to their roots and continue creating a songs that “sounded like Jam songs” or else, expand their musical repertoire and try to take their music in new directions? “Town Called Malice” was seen as indicating that Weller’s vision of new growth had won the day. However, behind the scenes, the other band members (who had wanted to stick, more to their original sound) rebelled and as The Jam’s biggest hit was released and tour planned, the band broke up. Not long after, Weller continued on with a new band called, Style Council and then, after that, a solo career that remains active to this day.

But, the hit song, “Town Called Malice” provides a lot of insight into the mindset of someone whose formative years were sent in a town built upon the idea that greener pastures lay elsewhere and that the search for “home” was going to have to be somewhere other than where you were. Without further delay, I am proud to present an absolutely awesome song by “The Jam” that helped define the 80s sound as well as any song ever did. Here is “Town Called Malice”. Enjoy.

The link to the video for the song, “Town Called Malice” by The Jam, can be found here.

The link to the official website for The Jam, can be found here.

The link to the website for the Town of Woking, can be found here.

Thanks, as always, to KEXP, for always knowing where the best songs come from and where they are headed. The link to their website can be found here.

About fifty songs ago, I talked about a Clash song called, “White Man (at Hammersmith Palais)”. In that song, I spoke of the members of The Clash losing a bit of their idealism when it came to their hope of uniting the races through music. That loss of idealism took two routes: 1- as a white man (even an ally), Joe Strummer didn’t feel welcome at the predominantly black Reggae concert and, 2- he looked at other “white” bands like his and viewed some of them as being co-opted by “the System”. Addressing the latter, Strummer wrote the following lyrics:

“The new groups are not concerned with what there is to be learned.

They got Burton suits,

Huh, you think its funny,

The new group Strummer was referring to most was The Jam.

The Jam were led by lead singer, Paul Weller, Bruce Foxton on guitar and Rick Buckler on drums. The Jam had many hits during their tenure atop the Charts in the UK, including, “Start”, “The Eton Rifles”, “Going Underground”, “Down in a Tube Station at Midnight” and, perhaps, their biggest hit, “Town Called Malice”. To label The Jam as “sell-outs”, as punk bands like The Clash and The Sex Pistols did, is a bit unfair. Unlike the other Punk bands, who wanted to strip music and British society down to the studs, The Jam took a more image-conscious and influence-laden approach to their protestations. It is true that the members of The Jam all wore suits on stage. Paul Weller, in particular, was heavily influenced by UK groups like The Beatles, The Who, The Kinks and The Rolling Stones who, in their early days, all wore suits, too. But, make no mistake, The Jam released songs like, “Going Underground” that took direct aim at topics such as the Conservative rule of Prime Minister Margaret Thatcher and the economic stratification of British society. They just did it in ways that were a little easier for the general public to swallow. One music critic described them as playing “protest songs suitable for the top of the charts”.

Protesting the status quo is always tricky business. Do you attack from within or from the outside? Bands like The Clash took pride in their outsider status while bands like The Jam thought it more prudent to work from within. This distinction was not just limited to music groups. Around the same time as The Jam and The Clash were in their prime, Northern Ireland was being torn apart by violence as the Irish sought to send British troops back to England. As for the Irish Republican Army, they broke into two factions: one faction that sought to tear down British rule through violent means and a second group (lead by Gerry Adams) that sought to achieve independence through political means. One worked within the system and the other from the outside. There is neither “right” nor “wrong” in these situations. In Music, as with Politics, achieving one’s goals “by any means necessary” is usually the correct path in the end. For The Clash and The Jam, both bands had something to say about life in England and both wanted to affect change. They simply chose different paths to follow.

The song, “Going Underground”, was the first song by The Jam to reach #1 on the charts. It stayed at #1 for three consecutive weeks. Its’ lyrics were concerned with political corruption and the problem of voter apathy as being one reason why things never seemed change in Britain when it came to government policies and the betterment of life for working class people. Eventually, in the mid-80s, The Jam broke up and Paul Weller formed a new group that achieved modest success, called, “Style Council”. Weller went on have a solid solo career after Style Council, too. In their wake, The Jam have left behind a musical catalogue of protest-laden songs that rank among the most important and influential of their time. They did so in natty suits and cool haircuts but, just the same, their music was heard by vast swaths of British society which was, after all, the goal. Did they make the difference that they were aiming for? I will leave that for you to decide. What I do know is that they made good music. Here is The Jam with “Going Underground”. Enjoy.

PS: We will hear “Town Called Malice” later on in this countdown so, Jam fans, stand down.

The link to the music video for Going Underground by The Jam can be found here.

The Jam have a website that can be accessed by clicking on the link here.

Thanks to KEXP for helping to inspire the writing of this post. A link to their website can be found here.