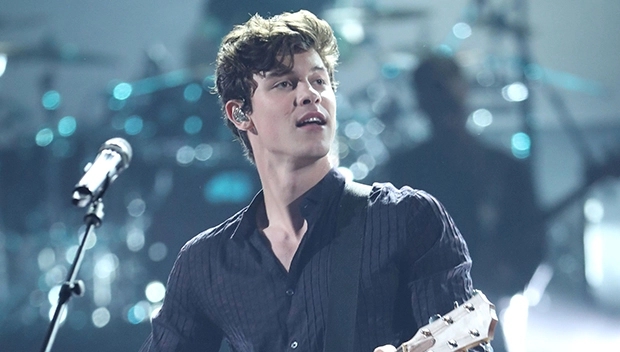 Song #350: Nothing Holding Me Back by Shawn Mendes.

We are 150 songs into this countdown! Thanks for your continued interest and support. As always, every 25th song goes to one of my girls so, today we will be talking about the #8 song on Sophie’s personal all-time Top Ten list, “Nothing Holding Me Back” by Canada’s own, Shawn Mendes.

For Sophie, this song brings back happy memories of one of the last times she can remember being in a large, social, party-type situation since Covid began. It was the occasion of one of her best friend’s birthday. Sophie was one of five or six girls invited to go out to another town for lunch and a matinee movie. As the gang of girls drove down the highway, they took turns singing songs that were coming on the radio. Sophie said that, “Nothing Holding Me Back” was one of the first songs played that all of the girls knew all of the lyrics to and, as such, it was the first song they all sang together as they drove. Singing out with your besties as you head on down the highway….well, it doesn’t get much better than that. The memory of it makes her smile to this day.

As a father, I am happy that my daughter has such good friends and such happy memories with them. I am, also, happy that some of those memories revolve around such a singer as Shawn Mendes. He is only 22 years old but has already accomplished much in his life. He was born in Ajax, Ontario, which is just 45 minutes west of where we live in Cobourg. His parents were/still are working professionals, in the real estate and restaurant business, specifically. Shawn Mendes was raised to work hard and to always do right by others. He went to public school. He played sports, like basketball and volleyball (because he is tall). He lived a fairly typical teenager’s life……with one exception….music. As Mendes was entering his teens, he became aware of the story of Justin Bieber. Bieber grew up not too far from Ajax, in a place called Stratford, Ontario. His story centres on him being “discovered” as he was busking on the streets of Stratford as a teenager. Bieber went on to become a professional musician and, by the time he was twenty, he already had several hit songs under his belt. Well, Shawn Mendes thought that he would emulate what Justin Bieber did only, he didn’t busk on the street corners of Ajax. Instead, like many young people these days, he turned to technology. In the early 2010s, there was a social media format called a “Vine”. “Vines” were six-second clips that pre-dated today’s “TikTok” clips that are so popular. Mendes began to create Vines of himself covering hit songs by people like Bruno Mars and other popular singers of the day. Because of his singing talent and good looks, the Vines that Mendes created became viral sensations which, in time, led him to being “discovered”, just like his hero, Justin Bieber, and being offered a record contract of his own.

As a professional musician, Shawn Mendes has enjoyed much success and, as he was taught by his parents, has used his fame to do much that is good in the world. His parade of hit singles includes songs such as, “Stitches”, “I Know What You Did Last Summer” (with soon-to-be girlfriend, Camila Cabello), “Treat You Better”, “If I Can’t have You”, “Senorita” (with current girlfriend, Camila Cabello) and, of course, “Nothing Holding Me Back”. He has, also, been the musical guest on Saturday Night Live…twice! He has won ten Juno Awards, multiple MTV Music Awards, been nominated for serval Grammy Awards and has already been enshrined on Canada’s “Walk of Fame” in Toronto. Did I mention that Shawn Mendes is only 22 years old!!!!! When I was 22 years old, I still didn’t have my driver’s license. (I got that when I turned 24). He is quite the accomplished young man.

As mentioned above, Shawn Mendes was raised to believe in the philosophy of strengthening communities by giving back to them in gratitude for all that those communities provided to him growing up. Consequently, he has volunteered to be involved in numerous charitable organizations that help out with issues such as Mental Health awareness (www.dosomething.org), promoting schools in Africa and, more to the point, allowing girls the access to education that they need to climb out of poverty and succeed in life (www.pencilsofpromise.org), as well as, (www.nogirlleftbehind.com) under the banner of Global Citizen, with the support of Canadian Prime Minister, Justin Trudeau. Shawn Mendes regularly performs at benefit concerts for causes such as disaster relief, Aids and Cancer research, too.

So, if Sophie and her friends want to sing along with each other to the words of a Shawn Mendes song, I am ok with that. He is a good role model and is wished much future success as his career and personal life unfold. My wish for Sophie is that she gets to safely sing with her friends again soon. ***(This post was originally written prior to Covid vaccines becoming wisely available. Sophie is now double-vaxxed, as are her friends. As such, they have had a few happy get-together.) Those kind of happy times are among the most precious of treasure. In the meantime, here is the pride of Ajax, Ontario, himself, Mr. Shawn Mendes, with “Nothing Holding Me Back”. Good picking, Sophie! Enjoy, everyone.

The link to the video for the song, “Nothing Holding Me Back” by Shawn Mendes, can be found here.

The link to the official website for Shawn Mendes, can be found here.